“PASTA COMES FROM ITALY” - OR NOT? WE WILL TELL YOU ALL THIS AND THE INSIDE STORY OF PASTA.

Behind every pasta, which is eaten in every country in the world, there is always one thing in common: the love for one of the most diverse foodstuffs ever. But there is much more to discover - and we have put together here some of the most interesting and astonishing facts for you. 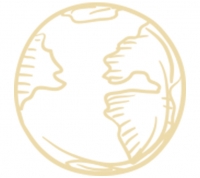 Many connoisseurs from several countries could answer this question with “here”- and that would not be a lie. The oldest evidence of pasta so far was found in a 4000 year old pot, which was unearthed in China. Today one assumes that pasta in all its varieties came into being at several places in the world, independent of each other. By the way: The practical procedure, to dry fresh pasta, originates in Arabia. It was used there for the first time around the 12th century, so people were able to take along the perishable, fresh commodity as food for the journey.

How many types of pasta are there?

About 600 types of pasta are known around the world. In Italy alone there are about 200 – however, it is not possible to determine an exact figure, as countless varieties are prepared according to undisclosed family recipes. Connoisseurs in Germany can anyway choose from approximately 60 types.

Does pasta change its size while cooking?

Good pasta increases in volume and/or weight during the cooking process - indeed substantially: During the cooking time in bubbling hot salt-water, 100 g dry pasta becomes about 300 g of cooked pasta.

How much pasta do we eat in a year? 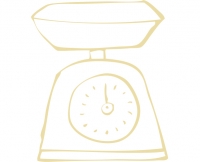 Every German consumes an entire 8 kg of pasta per year. Hence, there been a constant increase in the consumption in the last 20 years. We are yet far behind the frontrunner. Italy: There, the consumption is 25 kg per year - even though there is a downward trend. By the way: A South American country (Venezuela) and an African country (Tunisia) occupy the second and third positions.

What do the pasta names mean?

Even though pasta names sound very fancy, they actually provide precise information about the type. Thus pasta which ends in “ette” has a slender shape, whereas “oni” indicates thick, “ini” or “ine” means thin, “elle” is wide and “rigate” means ridged.